Gypsy is a dramatic series starring Naomi Watts and Billy Crudup that premiered June 30th on Netflix. It is a psychological thriller that deals with a therapist that basically lives a secret double life where she interjects herself into the issues and lives of her patients. Naomi Watts gives a great performance as Jean/Diane. I found it to be an interesting concept and it instantly had a sexy quality to it. Probably due to the involvement of Sam Taylor-Johnson, most known for directing Fifty Shades of Grey. Just the idea of this woman having a successful career and family life, yet pursuing all these secrets was intriguing to me. 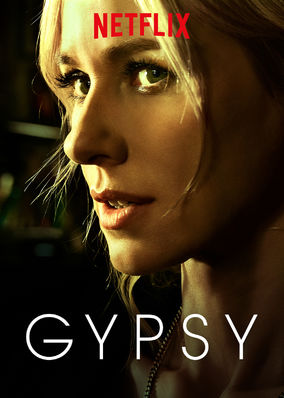 Sophie Cookson (The Kingsmen films) plays Sidney, the new object of affection. Their relationship just screams taboo as Naomi Watts is older, married, and the therapist for her boyfriend but does not let that information be known. Jean’s husband is played by Billy Crudup and he gets himself entangled in a possible controversial relationship at work with his assistant Alexis played by Melanie Liburd (Dark Matter). Due to his wife’s secret double life, he feels neglected and is possibly drawn to another woman.

The show basically is all about the secrets and lurking around of our main character and the ramifications it may have for her family and patients. There were a few other patient storylines that she gets involved with, but honestly I found those not as interesting and distracting from the main story which was this married couples relationship issues. Both Sophie Cookson and Melanie Liburd played their roles well and I hope to see their work more down the road. Blythe Danner also had a decent small role here as Jean/Dianne’s enabling mother.

I was intrigued to check out this series based on the stars alone. However, once I started into it I found it to be a slow show and wasn’t super motivated to finish the whole season. Then, about a month after it premiered I heard it was also already cancelled. I was in no hurry to finish it then, but I was half way and wanted to see how it was resolved. I was even more let down due to it being cancelled because the show ended by setting up more episodes, leaving many plot points unresolved. It is a shame, Gypsy wasn’t great but I would’ve liked to have seen a little resolution. That was probably my biggest takeaway from the show. If it were written as just a tight 2 hour film dealing with only our 4 main characters, shedding the other patient storylines and possible gender issues of their daughter, it wouldn’t have seemed so slow. Gypsy would’ve been so much better as just a Netflix original film with a distinct ending. In my opinion, you are just fine skipping Gypsy, unless you are a big fan of the actors, because their performances are really the only saving grace here.