The show where you never know what’s going to happen….until now 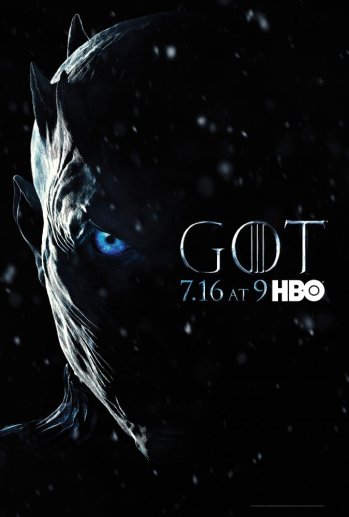 The much-anticipated seventh season of Game of Thrones opened with Arya sneaking into the Frey clan’s castle, revealing herself as a Stark, and killing everyone. “This is the type of exciting show we are!” Game of Thrones seemed to boast. A show with stolen faces, and murder, and revenge, and trickery, where even the audience doesn’t know exactly what’s going on!

Of course, seeing Arya murder her enemies in order is satisfying, but “satisfying” was never what Game of Thrones was about. At least, it didn’t used to be about that. Look at Ned Stark’s beheading: it was a merciless twist not only because Ned was a main character played by a major name (Sean ‘I always die on screen’ Bean), but also because he was on the side of right. Ned Stark was honorable, and they killed him anyway—even though movies and TV shows have conditioned us to believe that main characters have invincible plot armor that allows them to survive even the most precarious situations.

Moments like this (and like the Red Wedding) are what made the show good, but now, with only one season left, Game of Thrones has become the thing it had tacitly promised never to become: predictable.

Season Seven has provided at least one fake-out death per episode. Game of Throne’s original credo—that the stakes feel high because dangerous scenarios might actually turn deadly—no longer seems applicable when Jamie makes the poor decision to lunge at a dragon and still comes out alive. In earlier seasons of Game of Thrones, poor decisions were punished. Jamie would have been dead.

Perhaps the biggest example of this dubious slide into predictability is Jon gathering a mini-suicide squad to go north of the Wall. There are a few near deaths, but no one note-worthy actually dies: Jon’s pulled from the frozen waters, and then rescued again by Uncle Benjen; Tormund seems utterly consumed by white walkers before being improbably saved; and all of the men except one manage not to freeze after being stranded for days on a patch of ice.

Dany eventually saves the day and ruins what would have been a very epic and old fashioned GOT mass death scene—all thanks to another feat of predictable unbelievability: Gendry sprinting back to the Wall to send a raven all the way to the other side of Westeros. Seriously, this season proved to ignore the laws of time travel. Flying dragons is one thing, but using the speed force apparently an option in Westeros as well.

Wrapping up nicely of course did provide us with Bran (creepy as ever) revealing who Jon “I’m a bastard” Snow really is. Indeed not a bastard, so I guess he needs a new line. Also Arya and Sansa teaming up to not only kill but embarrass Littlefinger was fantastic. Many a household and viewing party cheered and threw a shoe during this scene. Theon standing up for himself and his sister provides an encouraging storyline next season. Almost as much as Jamie standing up against his sister Cersei, another bit of predictability yet an increase of intrigue for sure.

Oh, the wall. The wall coming down at the hands of the Night King, or should we say at the breath of a dead dragon.

This season was great to watch and served many fan moments. A myriad of moments fans have been longing to finally see came to fruition and finally gave us what we wanted. This season became the Thrones we’ve always wanted, but was it the Thrones we need?

Some favorite moments from our hosts this season included:

The best part about this season will be getting to watch it all over again in 2019. Since season eight won’t be here until 2020, we’ll have to re-watch season seven again! Maybe Samwell will actually listen to his wife this time!?!