It is now after Labor Day and this summer was mostly a bust in Hollywood. The lowest domestic total in 11 years and down 14% from last year. The fact that it was the first time in 25 years that a major holiday weekend saw no new release surely did not help. Labor Day weekend brought in under $100 million for the first time since 1998. 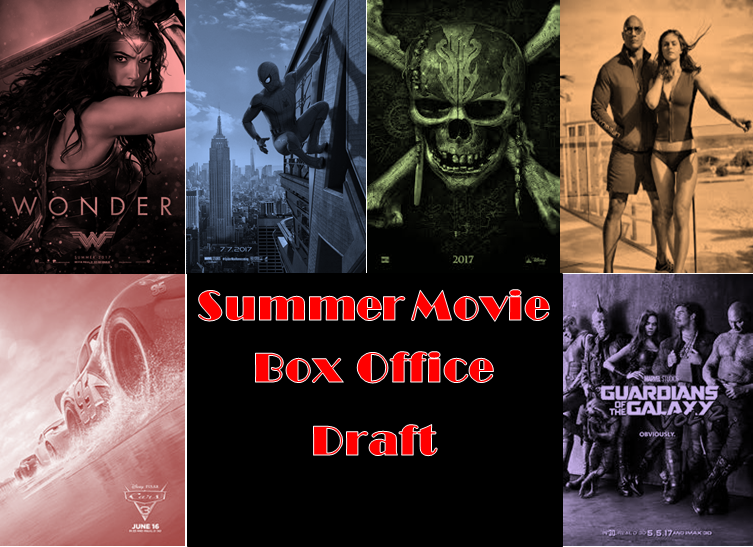 All that info aside, the show must go on as they say. In case you missed it, we held a draft of all the big summer releases. Our 6 hosts competed based on the amount of money each film made on their opening weekend. Here was the original draft results. Our draft included films chosen between May 5th and August 4th. So, if you didn’t hear the results on our August 8th episode  Nick was the winner of our 1st annual contest!

Here is the break down, he drafted Guardians of the Galaxy Vol. 2, which made $146.5 million it’s first weekend. Alien: Covenant followed with $36 million and Despicable Me 3 solidified his win with a $72 million opening. His total was $254.5 million which made him pretty much untouchable.

Eventhough it was a very anti-climactic summer, marred with busts like The Mummy, Baywatch, and King Arthur, we had a lot of fun with it and look forward to doing more box office drafts in the future. If not saved by the likes of Guardians, Wonder Woman, and Spiderman it could’ve been much worse. Let’s hope this fall/winter will help the box office rebound, starting with IT this weekend and Thor, Justice League, and Star Wars still to come.