Ozark is one of the newest dramatic series from Netflix. It was released July 21st and we reviewed it on episode 42. It stars Jason Bateman and Laura Linney, and is about a financial planner who is unexpectedly drawn into money laundering for a drug cartel. He is forced to relocate with his family and keep doing the drug cartel’s business in order to survive. 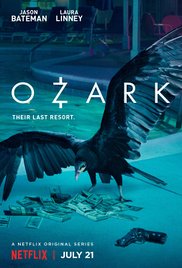 This show has got a lot of good buzz and reviews, and was already renewed for a second season. I however found it to be not as good as advertised. It usually doesn’t take me over a month to write-up something, but I was just totally unmotivated by the source material I felt like what was said on our show covered it enough. However, it keeps coming up in discussions with friends, so I figured why not put this out there and see if someone can sway my opinion. Email me your thoughts at taketoopodcast@gmail.com

Ozark seemed like more of a rip off version of Breaking Bad to me. A seemingly good, family man is forced to choose a criminal path to support his family. In the process changing into more of a hardened criminal as the story goes. If it weren’t for some good performances, I don’t know if I would’ve even finished watching. It really didn’t ever grab me and make me want to keep going down the rabbit hole to the next episode. Which is bad news when your business model is to encourage binge watching. It also sets it up for a second season, and I am not even really looking forward to seeing where it will go. I thought a single season did it justice, maybe it would’ve even been better as just a tighter, action packed 2 hour movie.

It’s a shame too, since I am a fan of both of the lead actors work and they are what drew me in. I just left the series feeling like Laura Linney was under utilized and that Bateman is definitely better suited for a comedic role.

It was not an overall bad show though, I did enjoy the story it told and there were a few good surprising moments that you may not have seen coming. However, the 8th episode drove me crazy as it just seemed so out-of-place and ruined the flow in my opinion. I would’ve rather seen smaller flashbacks scenes spread out throughout the season as opposed to just one episode looking back.

The best part of the show though, were the smaller supporting roles played by lesser known actors. Julia Garner (known to me from a subtle performance on The Americans) was by far the standout performance here. Ruth Langmore is the young, head of a local crime family and gets herself entangled in Marty Byrd’s (Jason Bateman) schemes. She plays the moral ambiguity of the character so well, and owned every scene she was in. Every episode you weren’t sure if she wanted to help or hurt our main character. 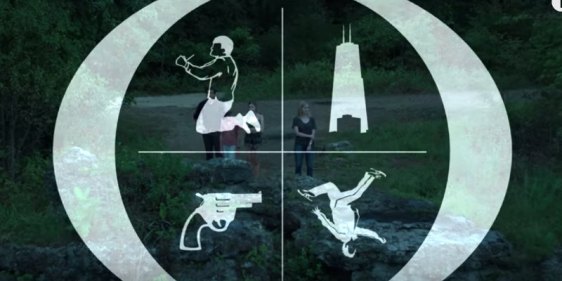 I also really thought the opening credit picture idea was a nice twist. Each episode starts with an O that looks like the crosshairs of a target. While other smaller pictures fill the target, giving clues as to what’s to come in the episode, as well as spelling out the other letters (Z-A-R-K). Pretty original I thought, although not every one may have picked up on it.

Since, we are getting a second season of this show, I will remain optimistic and hope they create an even more taut story that I will be proven wrong by. Either way, I suppose I’ll check it out.