1981…Was a great year for film, Raiders of the Lost Ark is probably my favorite from that year. Some other favorites of mine from that year are The Evil Dead, Escape From New York, and An American Werewolf in London. The challenge presented to all our hosts was to find films from the year we were born that we haven’t seen. Chariots of Fire and On Golden Pond were big award winners that I’ve actually never seen, but I wanted to keep this light, so here are my choices… 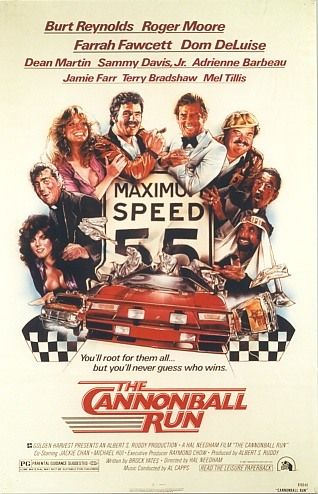 It was directed by legendary stuntman Hal Needham. The film is basically crafted around stunts that he wanted to work into the film. Also, there are scenes just to showcase the celebrity cameos or comedic stylings of some of the actors being featured. It definitely feels disjointed and chaotic without much of a storyline. The best part was the credits since it was filled with bloopers.

Somebody must’ve enjoyed it though since it spawned 2 sequels. However, it was not really that funny or enjoyable to me, and I was just fine without it in my life for the last 36 years. I could see some studio pursuing a modern remake similar to Ocean’s Eleven, which could end up being fun. 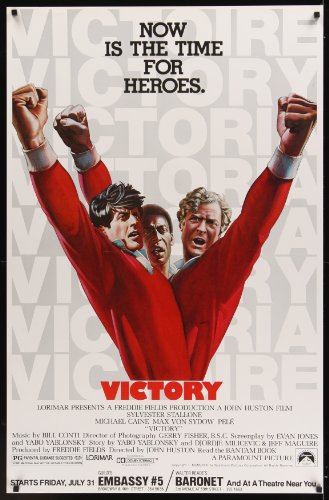 Victory is a film about soldiers from the Allied forces being held prisoner in a German camp during World War II. The Nazi’s decide they want to have an exhibition soccer match against the prisoners as a show of good will and propaganda for their cause. The soldiers agree but have ulterior motives to save some of their eastern European friends who are in concentration/work camps, as well as hatching a plan to try to escape during the game.

The film was directed by John Huston, known for some of the classics of the 1940’s and 50’s; The Maltese Falcon, Treasure of the Sierra Madre, and The African Queen. It stars Sylvester Stallone, Michael Caine, Max Von Sydow, and soccer legend Pele. It also featured some well known European players of the time.

This film was equal parts war movie, similar to The Dirty Dozen or The Great Escape, and a sports movie, similar to the Longest Yard. It was actually quite enjoyable and I am surprised I had never seen it before.

If you feel like joining in the fun, pick a couple movies you haven’t seen from the year you were born and let us know if they hold up at taketoopodcast@gmail.com