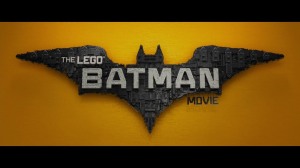 So I’ve been told my mother is to blame. When I was young, to get me to fall asleep she would tell me stories of a small Craig running around with superheroes to help save the day. As long as I can remember I have had what some might call an obsession with Batman. I legitimately wanted to be him when I grew up. Read up on all of his origin stories so that I could emulate them (except for the whole “parents murdered at a young age in front of your eyes” thing). I have always had a fondness in my heart for the 1989 Batman. Michael Keaton will always be my Batman. But there is no doubt in my mind that if I ever wrote a Batman script, it would be “The Lego Batman Movie”

“Lego Batman Movie” was amazing! I loved every part of it. The humor I think we all knew would be there, and it did not disappoint. But there were amazing action scenes to. Like real action scenes…in a Lego movie! It was so good! There was even a real storyline of Batman needing to learn that he can’t do everything on his own. Thats right. The Lego Batman had a character arc of significant change throughout the movie. Lego Batman!

Aside from all of that, the best part of the movie to me was the quick and subtle references throughout the whole thing. We all know the common movie trope of our hero seeing “the girl” for the first time and suddenly all else stops while music plays. (I feel bes done by Waynes World with “Dreamweaver”) When Batmans world stops, “I Just Died in Your Arms Tonight” by Cutting Crew is the song. How perfect is that ?! The movie referenced ALL other Batman movies and shows before it, often making fun of them. It made little digs at Marvel in there as well. At one point Batman even makes a “Gleaming the Cube” reference. I mean, come on. Me and like seven other people remember that movie. (if you happen to be one of those people and want to discuss how great it was seeing Tony Hawk drive over that hill in the Pizza Hut pick up truck, comment below or email me!)

10 obscure movie references out of 10!

I too saw the wonders that is Lego Batman Movie and although my obsession lies with Batmans rival, Superman, I still thoroughly enjoyed this film. This was exactly the breath of fresh air that the DC cinematic universe so desperately needed right now.

The movie stars Will Arnett as Batman/Bruce Wayne along with Michael Cera as Robin and Rosario Dawson as Batgirl. I would continue with the list of cameo voices in this film but we would run out of ink.

Every Batman film, tv show and even internet parody gets incorporated throughout this movie and its hilarious. They’re able to bring in a litany of villains, not only Batman villains but just in general iconic film villains of all time. Just as you think there cant be anymore cameo spots for characters or actors, the film throws in another one-liner or random character just to make you laugh again.

Saving actual plot line for when you go see the film, the movie actually has a legit one. Sure it get a little carried away with story development and realism. Yes, I know I just knocked a lego and a comic book film for its lack of realism. Sorry, ’tis the world we live in now! But this movie does more than whats its job is supposed to do and thats entertain you from start to finish.