I am a huge fan of documentaries, so I’ve decided to do what I can to try and see all of the Oscar nominated movies in that category this year. The first one I’ll cover is Life, Animated which is actually currently available through Amazon Prime.
Life, Animated is the story of Owen Suskind who has suffered from autism since the age of 3. It is based on journalist Ron Suskind’s 2014 book Life, Animated: A Story of Sidekicks, Heroes, and Autism, which tells the story of his son Owen who suffered in silence for a while before learning to communicate with the world via Disney movies. Owen’s love and infatuation with Disney cartoons helped him relate to the outside world and explain his thoughts and feelings. 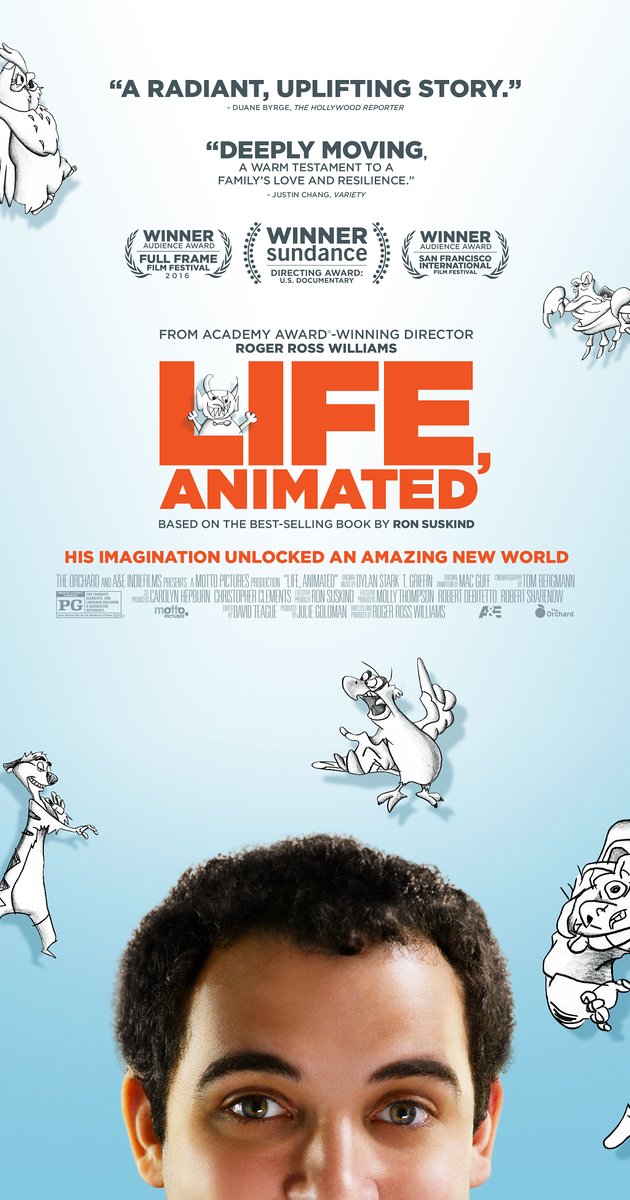 The film takes place in present time, following Owen getting ready to graduate and move out of his parent’s house. His fascinating story is told through a series of flashbacks, home videos, and sketch cartoons. Director Roger Ross Williams did an amazing job putting everything within Owen’s story so beautifully together. You truly felt what he was going through as the autism started to take hold of him at a young age.

As a red-blooded American male I don’t like admit things like “I have feelings” but man oh man. This movie runs the gauntlet of giving you some feelings. The heart break of seeing Owen through home video and his parent’s eyes as at 3 years old he suddenly starts to deteriorate. His mother and father’s descriptions of seeing their son slowly pull away from the world and them really tugs at the heart strings. Follow that up with the total elation of seeing everything become clear when they realize that Owen is speaking to the world through Disney cartoons. I felt like it was my own kid who was coming back to the world again, and not the Suskind’s.
Within 30 minutes of this movie beginning, I knew it was going to be great. Life, Animated did not disappoint. It has taken a place in the hollowed halls of the my Top 5 documentaries, with amazing movies like King of Kong and The Woman Who Wasn’t There. I would recommend this to any and everyone and would not be surprised if it won the Oscar this year.

Let Craig know if you saw this film also and have any thoughts at taketoo10x@gmail.com