Sorry I’m a little late getting this written up, I did go over my review for both of these films in episode 13 but I wanted to get more in depth here.

The weekend before the Golden Globes I decided to try to check out a few of the films that were nominated that I hadn’t seen yet. I am always intrigued to see if certain performances in films are really worth the hype. I’ve been a fan of Colin Farrell since Minority Report, The Recruit and S.W.A.T. although I never really thought he showed much in acting ability. That changed for me in 2008 with In Bruges. Great film, if you haven’t seen it please check it out. I felt like that was the first time he really showed me some acting range. Also, in 2011 his comedic role in Horrible Bosses was definitely different for him. So, when I saw he was nominated for his performance in The Lobster I felt I needed to see if he is continuing to grow as an actor. 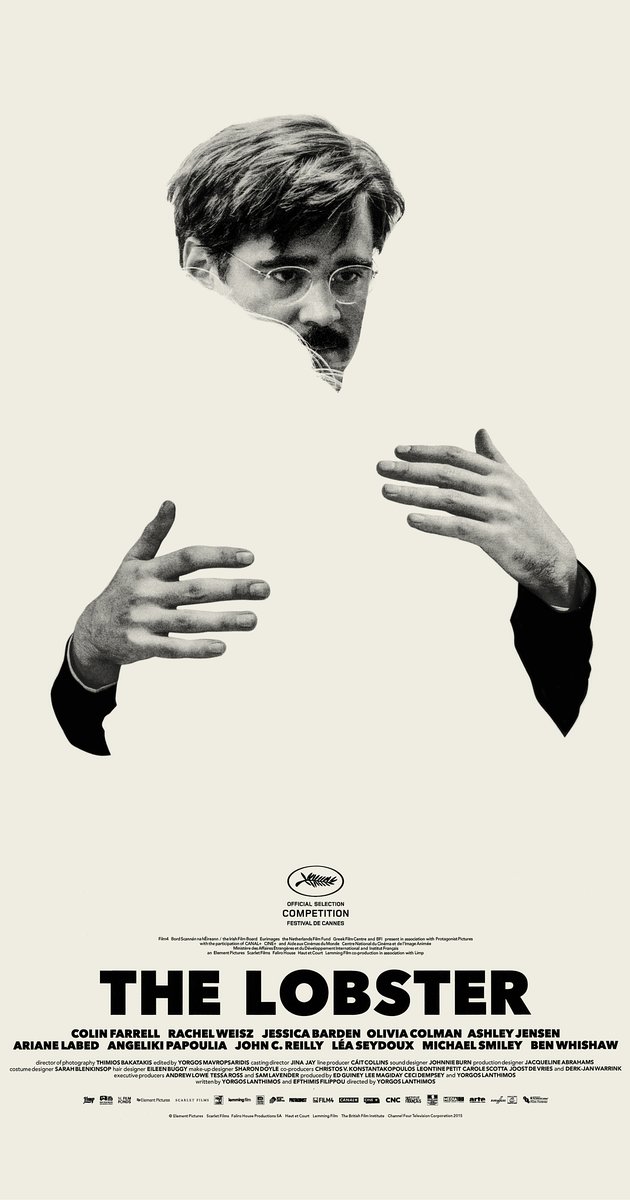 Sadly, I was disappointed with The Lobster…and I was not impressed with Farrell’s performance in it either.

The Lobster was actually released in 2015 at The Cannes Film Festival and it won the Jury Prize. It was not released stateside until 2016 which explains his Globe nomination for this year. It currently holds a Rotten Tomatoes score of 90%. After I watched it, I was wondering what I missed…did I watch the same film as everyone else?

The Lobster is a dark comedy set in the near future where if you are single you are required to find a mate within 45 days or you are turned into an animal. They all live in a hotel and watch presentations about the importance of having a mate. So, strange premise for sure but that didn’t even necessarily deter me. I kinda enjoyed the first half of the film and found it at least interesting and mildly funny. John C. Reilly(Step Brothers, Chicago, Wreck It Ralph) brought some comedic relief, as usual. Ben Whishaw(Q. from the last 2 Bond films) was good for his small role and I hope to see him get bigger and better roles.

Halfway through the film Farrell’s character has a change of heart and it changes the film. He joins a group of “Loners” that just live in the woods to avoid being turned into animals, they are also hunted by the people in the hotel. This is where it lost me…the second half was more strange and less interesting and rarely funny. Even the promotion of Rachel Weisz(The Mummy, Oz the Great and Powerful) from narrator to co star from the first half to the second did not help. Every character in the film is very deadpan and speaks monotone pretty much throughout the film. When no character has a different personality from anyone else how are you supposed to see one actor’s performance as better than the others? Let alone better than any of the many other performances in any of the films released that year? The only thing about Farrell’s performance I was impressed with was that he gained 40 pounds for the role to look more like a regular man. I read in an article that he did so by drinking melted ice cream. Maybe that was enough for the Hollywood foreign press to be impressed enough to give him a nomination. I do not think you’ll see the Oscars follow suit. I was not impressed by Lobster and don’t recommend it. I am intrigued to hear others thoughts if they did see it though, so please comment or email. 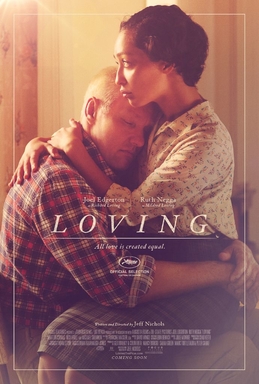 Loving was the second film I saw based on the Golden Globe acting nominations for Joel Edgerton and Ruth Negga. I’ve enjoyed Edgerton’s previous work, particularly in The Warrior and think he is talented. Ruth Negga I was really only familiar with from Agents of S.H.I.E.L.D. or Preacher.

Loving starts in 1958 when we first meet the young couple dealing with racism in rural Virginia. When Mildred becomes pregnant Richard decides to drive to Washington D.C. to get married since it is still illegal for them to do so in Virginia. Later, they are arrested and banned from living in Virginia. The film continues to show the troubles they endure trying to raise their family in D.C. and not being able to go back to Virginia to see extended family without risk of arrest. They continue living this way for 9 years until Mildred writes to Robert Kennedy, who was the Attorney General at the time, for his help. The Loving’s case is then brought to the Supreme Court by the ACLU in hopes of overturning laws against interracial marriage in Virginia, as well as other places in the country. It was shocking to me that something like this took place in recent history, and I also saw it as a timely comparison to the supreme court rulings on same sex marriage.

Edgerton’s take on Richard was much more subtle. He was just trying to do the best he could for his family. He didn’t expect help from others or want to be in the news for their story. He was good and I can see his nomination as justified, however he may be overlooked come Oscar time. Ruth Negga on the other hand was fantastic. She was the driving force of the film. Mildred was the reason they pushed for help from others to get the laws changed. I think we may see her name called again come Oscar nomination time.

Nick Kroll made a surprising dramatic turn as well. I was only familiar with his comedic work in the League or on his Comedy Central show, so it was nice to see him show some range. Michael Shannon(Man of Steel, Nocturnal Animals) was solid in a small role as a photographer covering their story for Life magazine as well.

My only drawbacks of the film were that it did not reference the overall Civil Rights era more. It really only came up once with her letter to Robert Kennedy. We also didn’t see much of their issues dealing with racism. It sounds weird, I don’t enjoy watching that, however I just felt like it would help sell the emotional aspect of the story and really make you feel for them. I was glad they did not go the other direction though and make it overly sappy as some films like this tend to do.

If you get a chance, check out Loving. It was an interesting story with great performances and well deserving of it’s award nominations.